These distinctive 100-ton quad hoppers match the Union Pacific specification and were built by Bethlehem Steel in the 1970s. Our UP replicas represent more than 6,400 “quad” hoppers, UP’s largest fleet of coal hoppers in company history.

The Tangent Scale Models prototype replica of the Union Pacific Bethlehem design quad hopper has never been produced in N scale, making it a distinctive addition to any freight car fleet. Our stunning N Scale Quad Hopper model is loaded with detail. We set out to produce an N Scale car that is worthy of the Tangent brand, bringing as much of our industry-leading HO Scale execution and detail as possible packed in an N Scale box.

With these cars wandering far beyond just UP rails in both unit and carload services, consider adding some of these replicas to your layout or collection.

With brand new releases in 2019, we have now produced 20 different paint schemes: 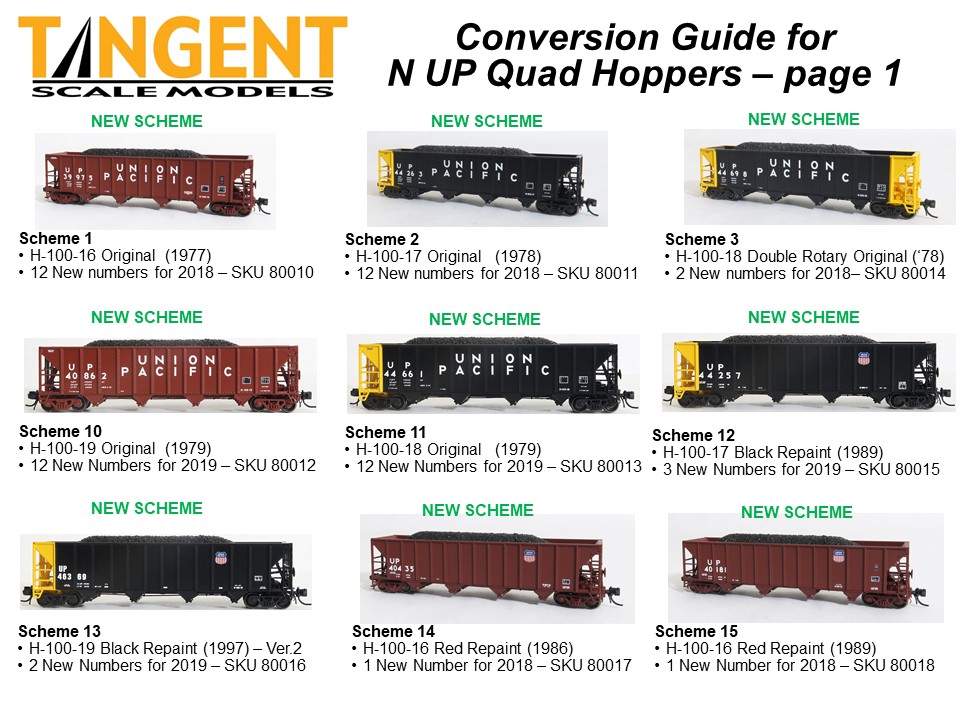 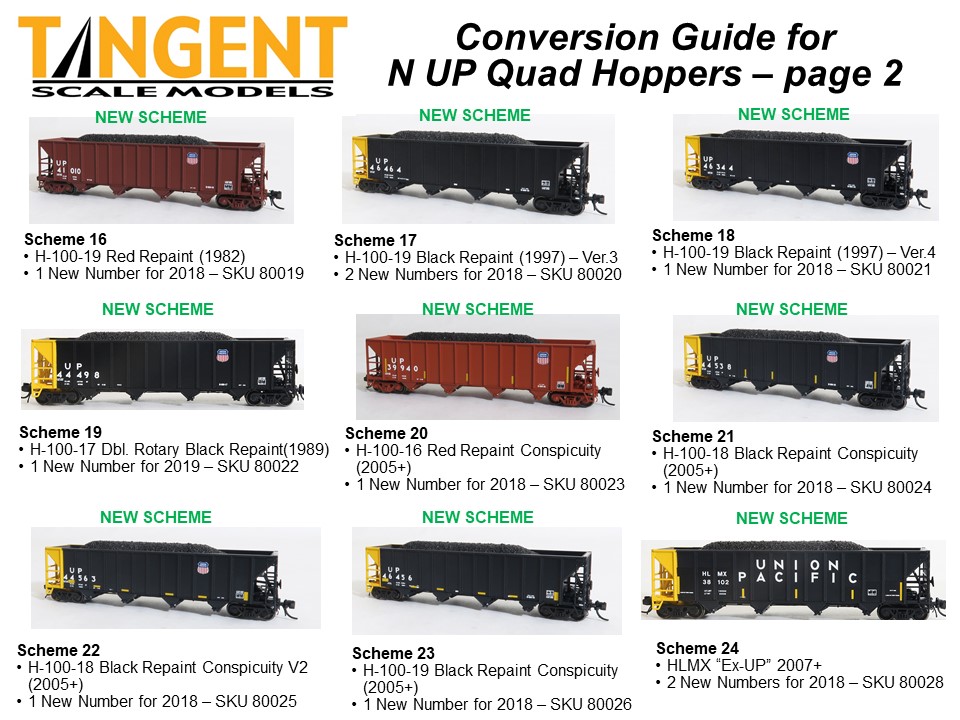 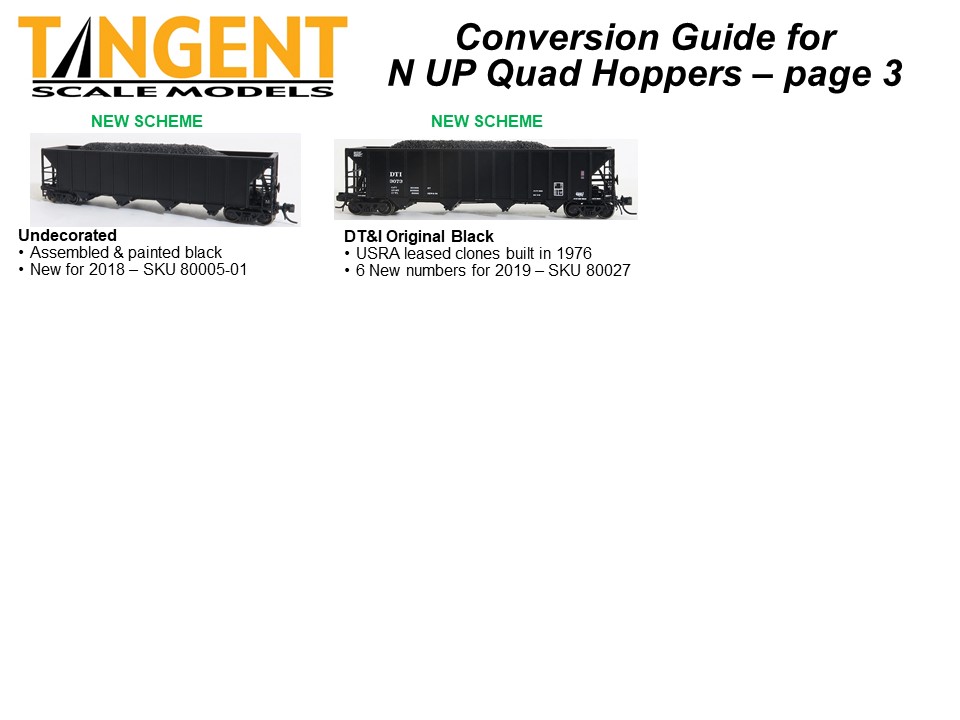 We maintain strong emphasis on accurate reproduction of the prototype, as well as disciplined execution of each model. Finally, we design our products to be utilized in operating environments. Notable callouts for our new UP Bethlehem Steel 3600 Cubic Foot Quad Hopper include: