Think of the PS-2CD 4750 (“PS4750″) prototype as the EMD SD40-2 of covered hoppers. Similar to the SD40-2, Pullman-Standard (“PS”) began production of the 4750 covered hopper in 1972 and was the most popular seller within its peer group with more than 56,000 cars produced (not including thousands of clones from other builders and railroads). The 4750 followed upon the successful “high hip” design of one of Pullman’s earlier designs, the 4740 covered hopper, also offered by Tangent Scale Models. When Pullman ceased production of 4750s in 1981, the amassed fleet was the largest single body covered hopper fleet from any of builder, and was arguably the most prolific productions of a singular design during any era. In other words, they were super common! It was rare to find a manifest train without a PS4750 in it. Today, that feat is harder but it is still pretty true.

PS4750s were built to last. It is hard to tally how many ply the rails of North America today, but it is clear a large percentage of the fleet is still in service, working for their original or perhaps new owners. Two original paint scheme railroad-ordered cars are shown here. 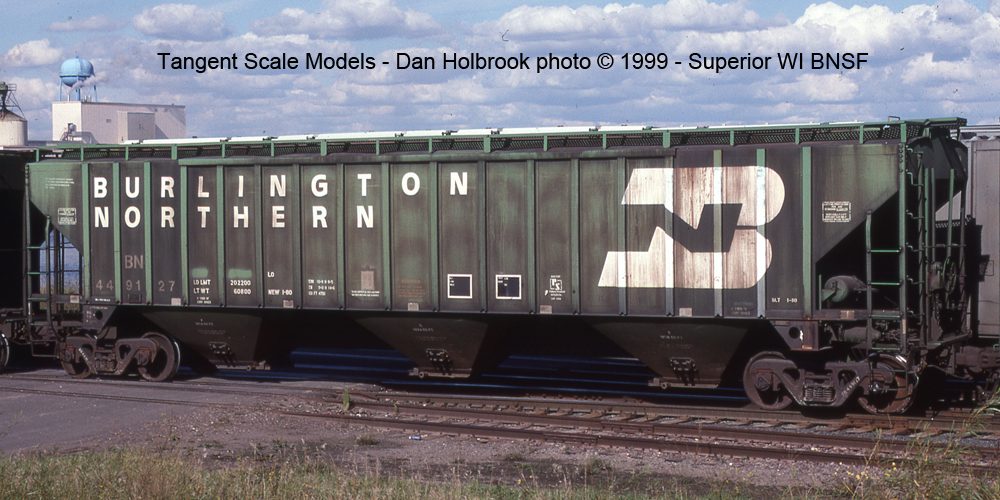 Did you know the ICG added 500 PS 4750 cars to their fleet in 1979 alone? This ICG as-delivered simplified paint scheme was found on more than one-third of the ICG PS4750 fleet. 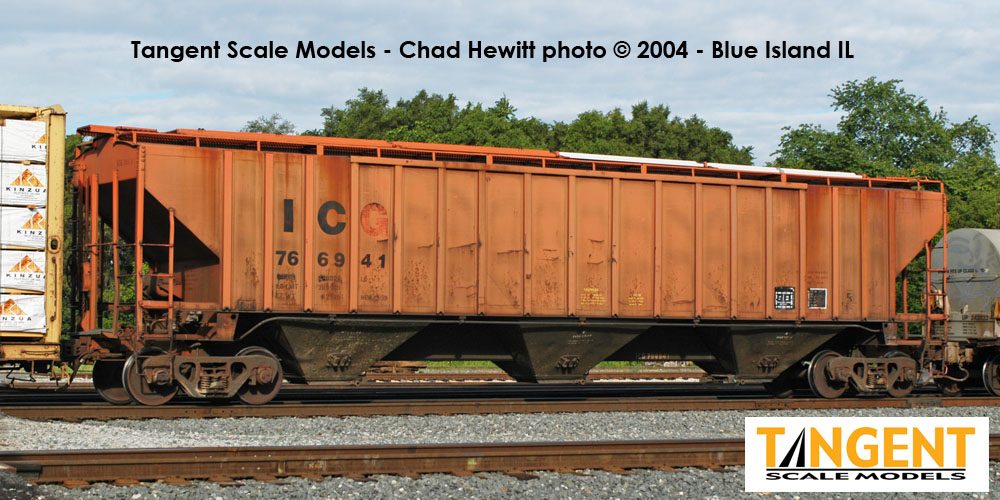 Service for these cars was widespread for sure. Which translates to our layouts, both present and future. Our most current release of PS4750s focuses on the 1979-1980 production.

Like previous offerings, the PS4750 model from Tangent Scale Models is a state of the art, dimensionally-accurate scale replica with highly accurate “true-to-life” colors and precise letter stencils. Our PS4750 offers our most ambitious effort yet to include a multitude of detail variations to replicate the different phases of production and customer specifications. Example variations include: body shells with or without holes in the side posts, brake systems, outlet gates, roofs, roof hatches, roof overhangs, running boards, crossover platforms, end ladders, jacking pads, brakewheel housings, and brakewheels. This replica includes our fine “near-scale” draft gear box with beautifully-rendered side “key” detail. Our ready-to-operate replica is finished with coupler lift bars accompanying Kadee® scale couplers and sufficient hidden weights to ensure the model operates as good as it looks.

Our motto is “Unparalleled scale replicas for discriminating railroad modelers”. Features for these PS4750 replicas include: