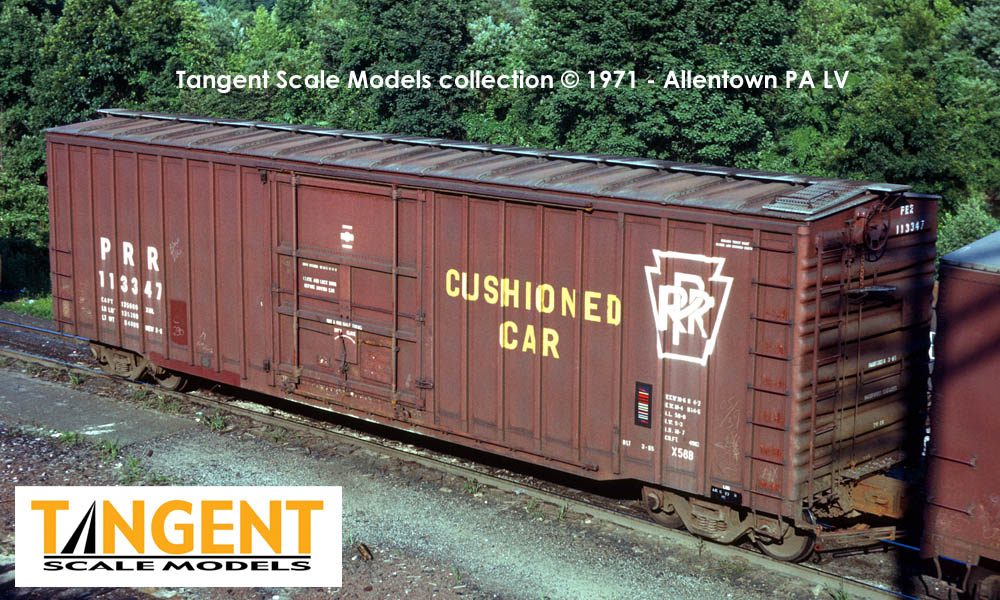 PRR outfitted the interiors of some cars with “loader” appliances and/or insulation which resulted in PRR designating each X58 as one of 4 sub-classes: X58, X58A, X58B, and X58C.

Here is an example PRR X58A: 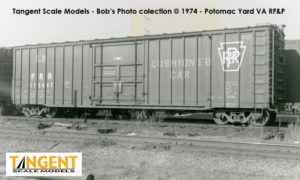 Being highly-useful boxcars, X58 boxcars were rampant nationwide roamers during their service life. They went all over the place, with photos online and in books literally anywhere. While PRR cars are the majority, many cars were repainted into PC paint. Here is an example, offline in St. Louis MO. 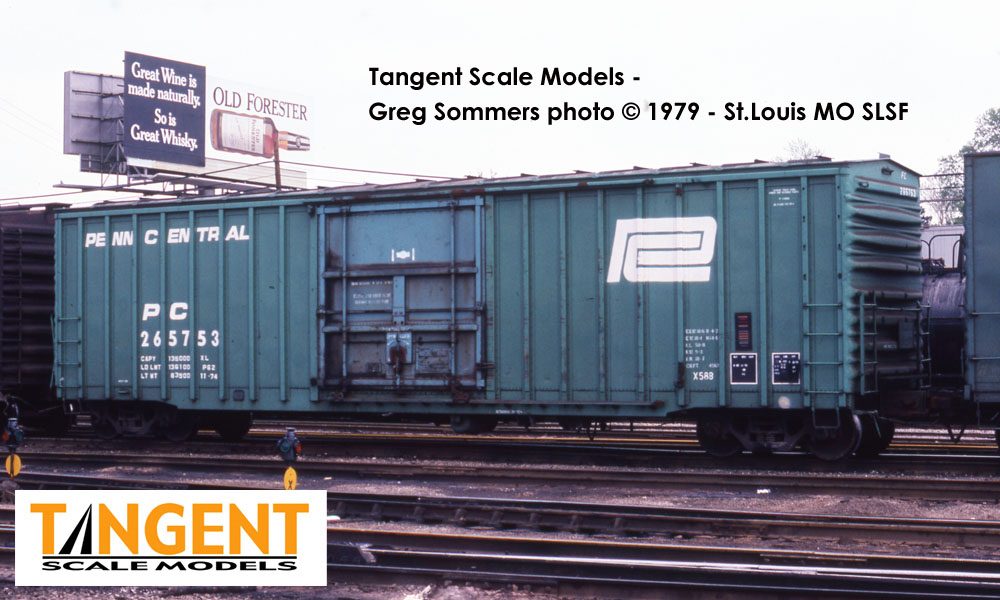 Some cars were hastily restenciled into PC reporting marks. 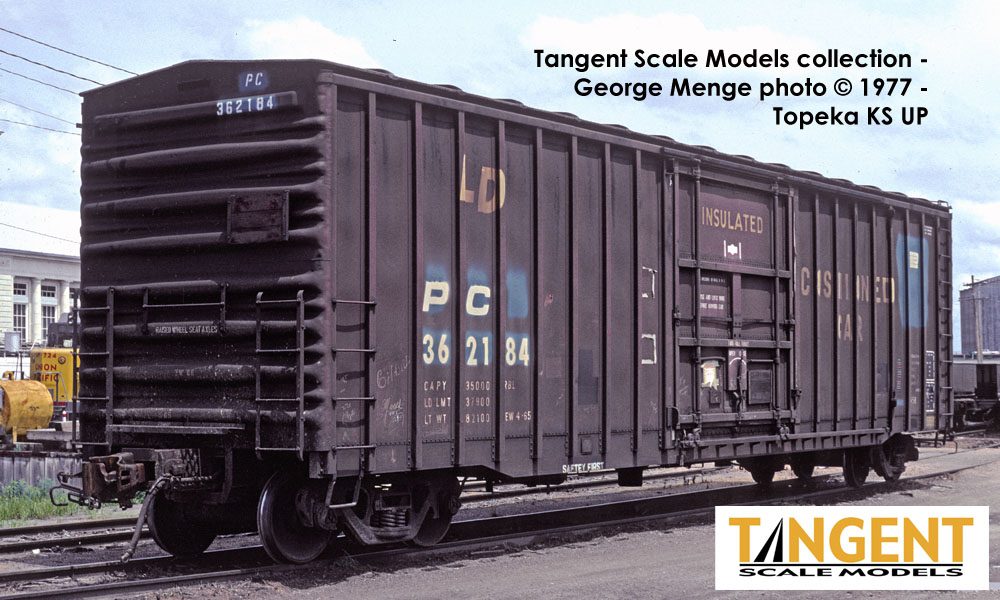 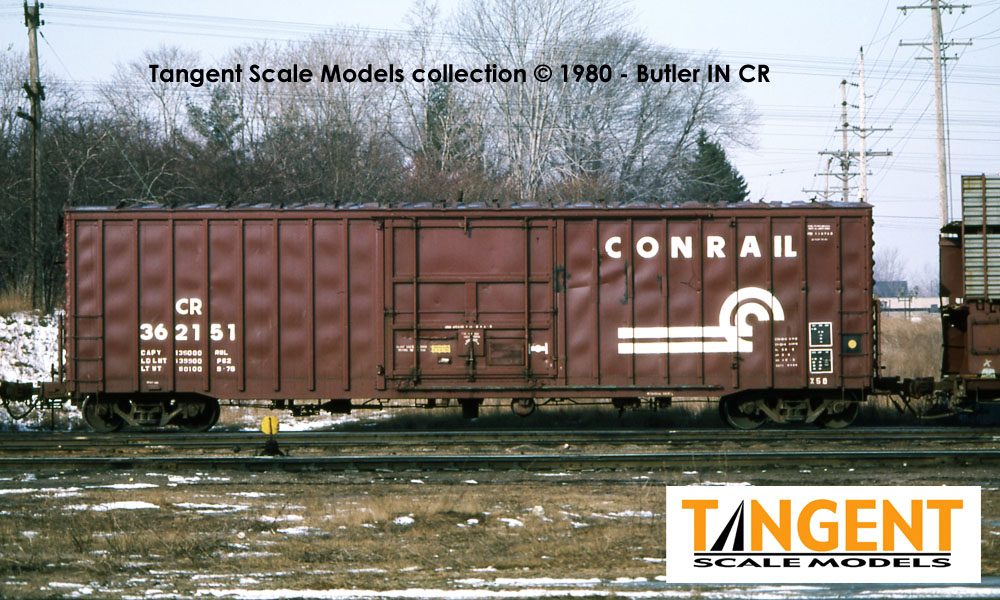 And like the PC restencils, the CR shops continued the tradition. Here are two CR restenciled versions of former LV cars. 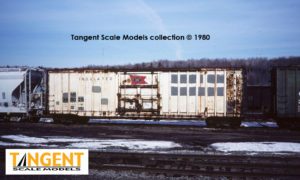 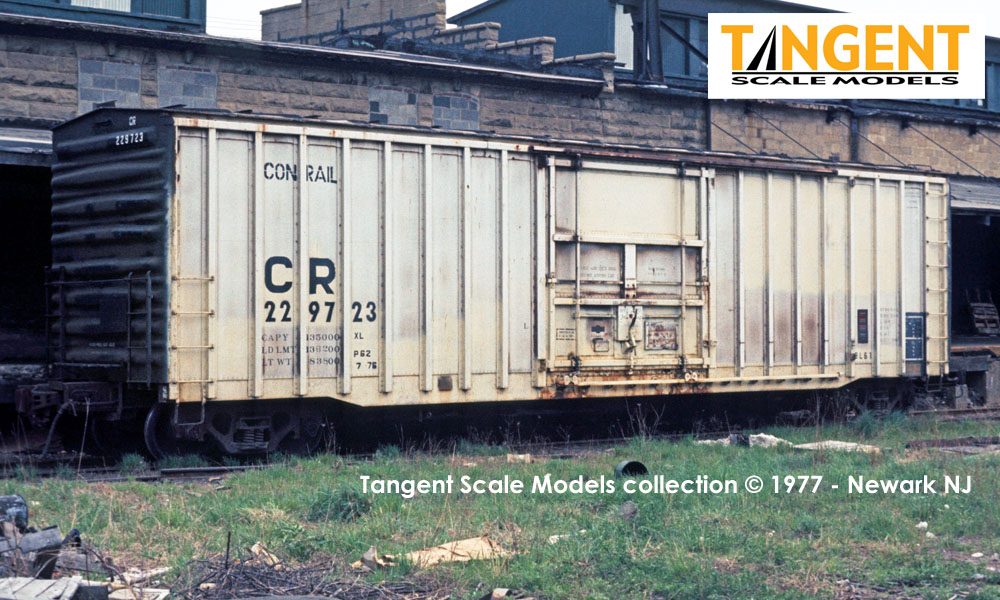 Because of the quality and utility of this large fleet, many X58s lasted beyond the Conrail era, with some being repainted into NS, however most cars were retired in the mid-2000s. Here is an example of one of the NS cars in revenue service, taken during the AC4400 era, complete with high brakewheel! 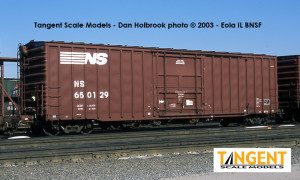 CSXT also inherited some of the X58 fleet post-Conrail, and these cars have NYC reporting marks and typically are applied in the form of a “paintout.” 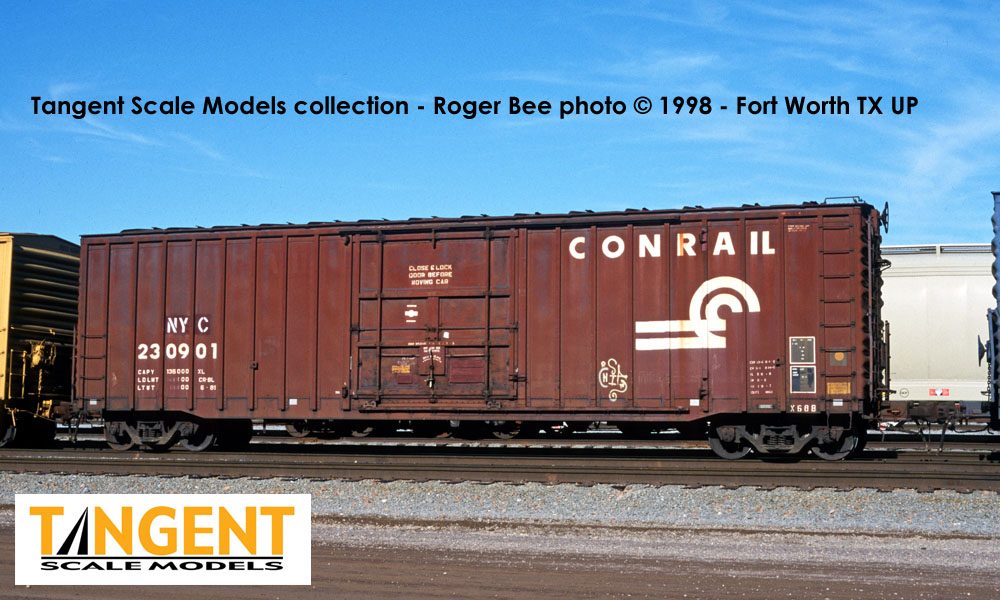 The X58 box car appearance changed over the years. While many X58 cars labored in original PRR paint for 30+ years, some X58 cars were shopped and painted during the Penn Central era, where PC typically removed the roof running boards and also lowered the brake appliances and ladders. Cars typically shopped during the Conrail era had their roof running boards removed yet retained their high brake appliances. Tangent offers these “time-distinctive” phase variations with our cutting edge RTR models. The Tangent Scale Models HO scale PRR X58 replicas also include one key production variation: either a Keystone or Hydra-cushion underframe. Our PRR X58 includes our “near-scale” extended-length draft sill with beautifully-rendered side “key” detail and gorgeous “trombone-style” coupler lift bars, plus accurate ASF 70-ton roller bearing trucks as utilized by PRR. Finally, our scale replicas operate as well as they look, equipped with free-rolling CNC-machined wheels and Kadee® scale couplers, meaning our models are truly ready-to-run.

Don’t miss out on the Tangent Scale Models PRR X58 series box car. These replicas are very useful for modelers from coast to coast and will stand out well on any layout from 1965 to 2005!

Finally, we thought we would answer a few questions that we have received about these cars over the years since our initial release:

1. Your Conrail model has a high brakewheel but your PC cars have low brake appliances. Is that correct?
Yes, that is correct. The Conrail repaints from the 1987 era, which our cars represent, bear this out. Based on photos, it seems CR Holidaysburg took PRR original paint cars in 1987 and removed the running boards from the roof, but did not move the brake appliances. This means that the B end ladders are high, however, the A end ladders have been lowered.

3. If I model PC, do I need PRR painted cars?
Absolutely. According to the July 1976 ORER, there were approximately 1200 PC numbered cars in service, representing less than 50% of the entire PRR fleet (of 2,565 cars). So for every PC car you purchase, you statistically need a PRR-painted equivalent, if prototypical balance is important to you. 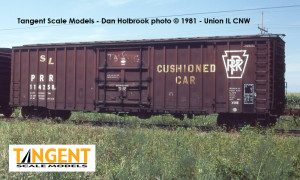