By the end of World War I, U.S. production of oil and oil-related products was sharply increasing thanks to the combination of war-related demands as well as demands from home. In order to move oil and “new” consumer products, tank car producers introduced new car designs. In 1917 General American Tank Car introduced a new general service 8,000 gallon non-insulated tank car (a prototype for which we released a model in November 2016 with a few still in stock), and quickly followed that production with an insulated 8,000 gallon tank car, which utilized a “jacket” that surrounded the tank and dome. Built in East Chicago, IN, these insulated cars were easily identifiable by their circumferential rivets that surrounded the tank body, with notably different heights between the courses, and with their “recessed ends”. These “radial course” tank cars utilized steel bolster plates that rise up vertically to hold the tank in place, complete with a “web” section behind to minimize steel consumption. At a time of fairly monochromatic box cars plying the rails, these insulated tank cars carried consumable products, and they were typically stenciled for lessees advertising consumer products such as gasoline, wine, and corn products.

An example gasoline service insulated tank car was leased by Anchor Petroleum located in Tulsa OKLA and was photographed on the Chicago & Illinois Midland in the state of Illinois post World War II. 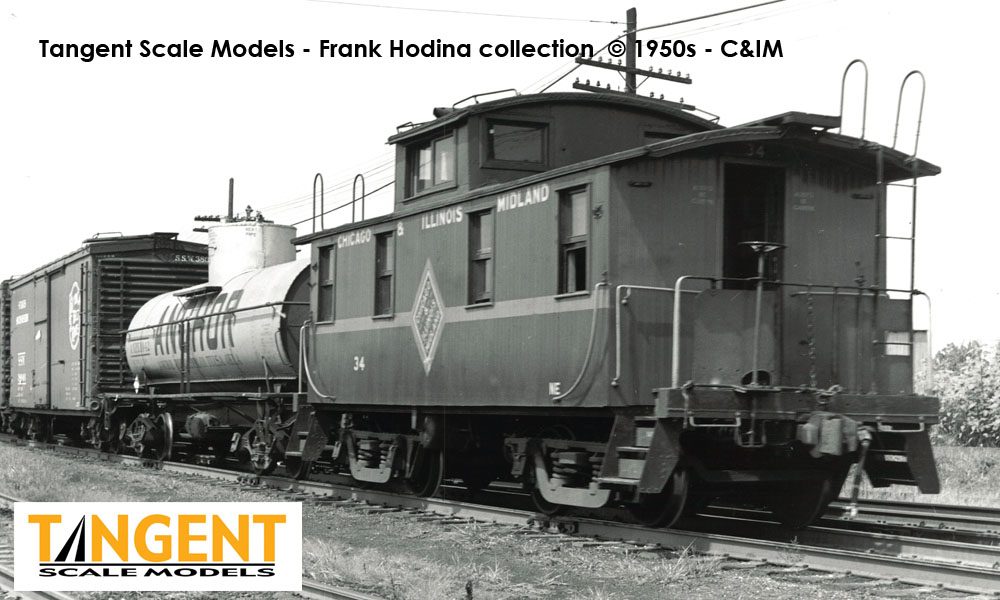 An example “pre-depression” and “pre-diesel” car was this NTCX car, which are the reporting marks for National Tank Car Company, who operated a fleet of 8,000 and 10,000 gallon tank cars. Their insulated tank car fleet represented more than 30% of their total tank car fleet. This car is stenciled for the “plain leaser” NTCX scheme from 1922. These NTCX cars were nationwide roamers and were likely used for viscous oil products.

The GATC 1917-design family were the most prolific tank cars built during this period and were found everywhere from 1917 to roughly 1970.

The Tangent Scale Models GATC 1917-Design 8,000 Gallon Insulated Tank Car is a highly-detailed tank car model that includes details accurate for each paint scheme, including KC- or AB-brake variations, with or without Cardwell draft sill springs, and different hand brakes. Other visually-distinctive details for our models include the “see through” bolster section, circumferential rivets, and differing course heights. Our RTR models include correct “true-to-life” colors and “hyper-accurate” lettering including exact fonts and lettering placement. Finally, our scale replicas operate as well as they look, equipped with free-rolling all-metal wheels and Kadee® scale couplers, meaning our models are truly ready to run.

Don’t miss out on the Tangent Scale Models General American 8,000 gallon 1917-design radial course tank car! Just like its prototype, this car will stand out on any layout situated from 1917 to 1970, and they went everywhere!

To view or buy these tank cars, please click on one of the images in the grid to the right.