General American Transportation Corporation produced more than 5,000 of these 4180 cubic foot Airslide covered hoppers between 1963 and 1980 as a response to customer demand for larger covered hoppers capable of handling bulk commodities. These very common cars continued General American’s “Airslide” family innovations from the 1950s, and proved valuable to bulk shippers who wanted a larger car than the earlier-design 2600 cubic foot cars provided.

These cars went to many railroads and private owners both when produced by GATC, as well as later in their service lives.

CB&Q ordered several orders of these cars, all with the placard “Burlington Route” scheme. They served BN and BNSF for decades, and are still in use as buffer cars on crude oil and ethanol trains!

Fellow J.J. Hill railroad Great Northern also purchased several groups of these cars, and they wore three different schemes. Some are very partial to them in GN “Big Sky Blue!” 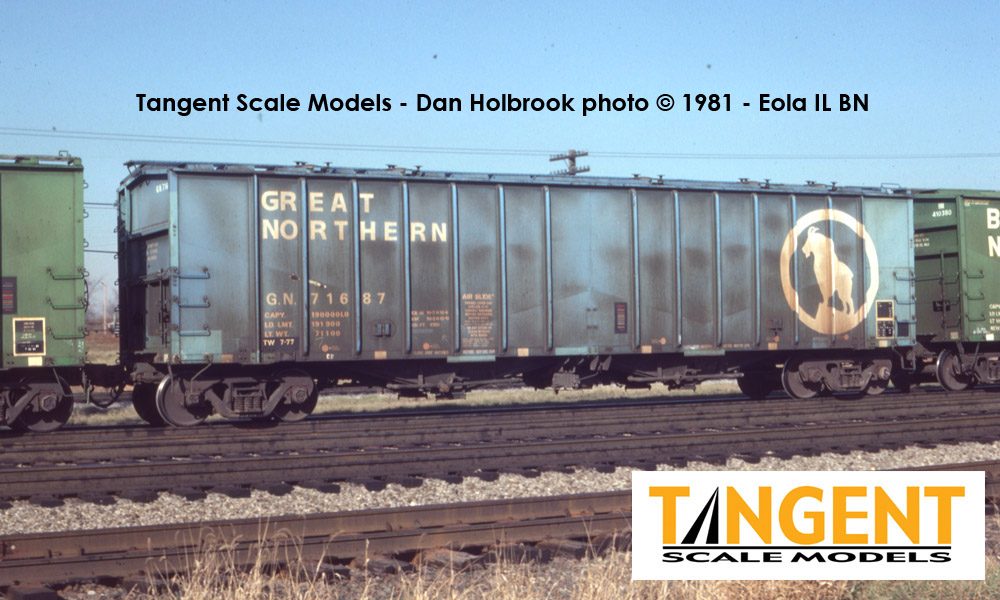 CNW had 4180 airslides both from their own orders as well as predecessor CGW. Here is an example of CNW shops 1983-era repaints of a 1967-built class of cars. 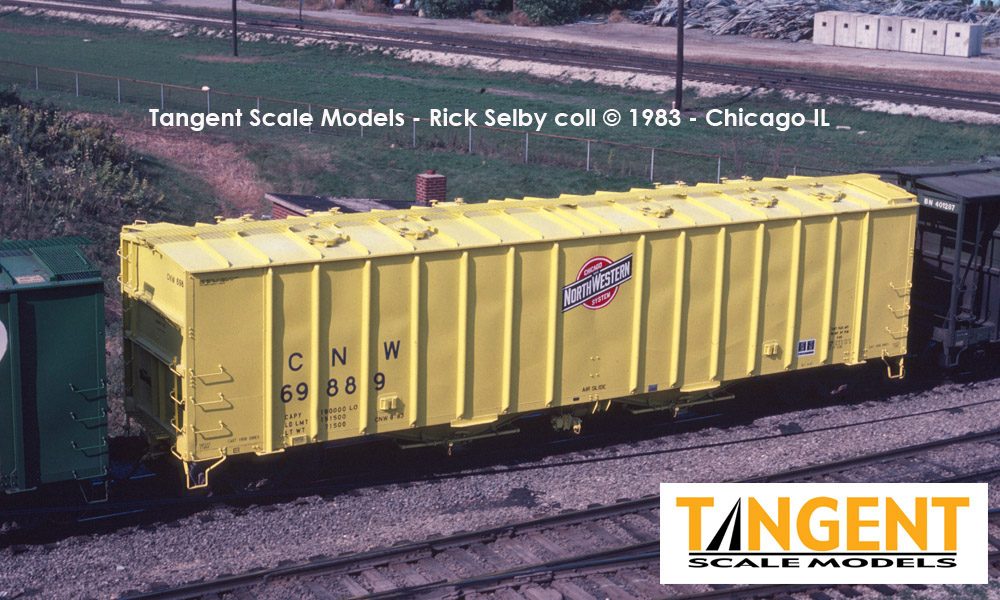 Boston and Maine picked them up as well on the used market and all retained their gray paint, except one. One was painted in “Prince Spaghetti” colors! Truly an eye-catcher! 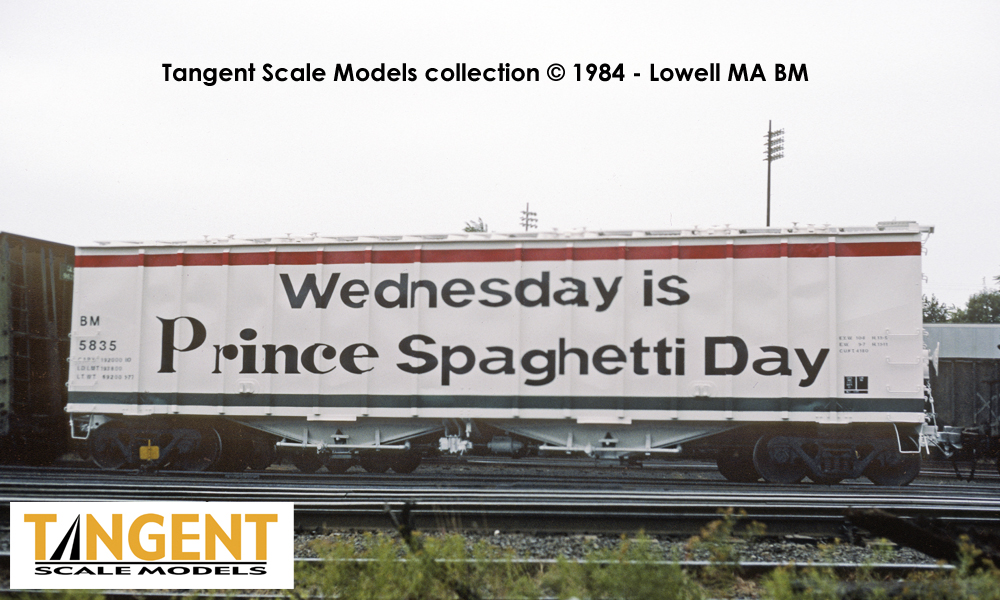 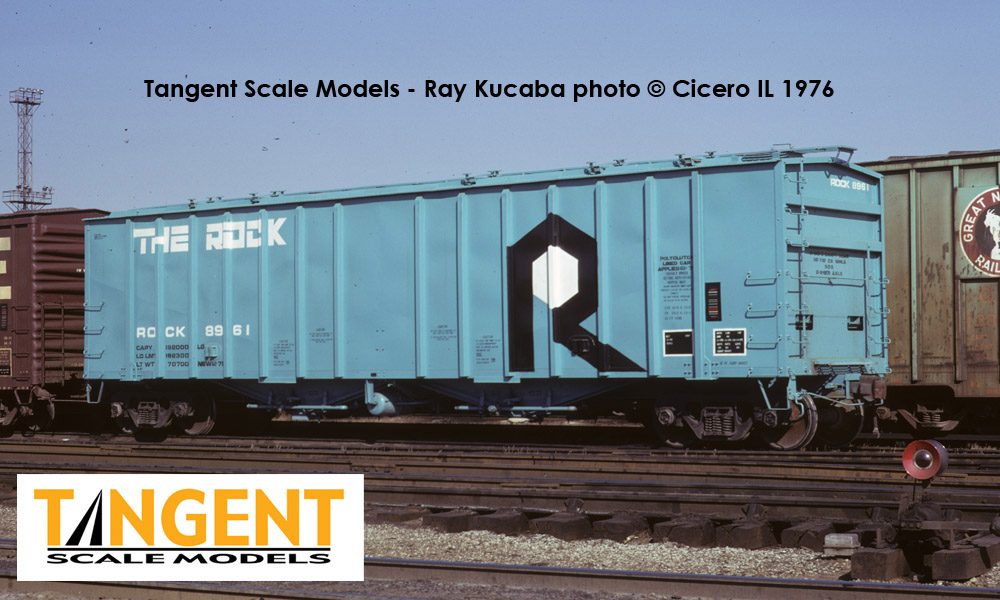 In 1980 the ROCK cars changed hands. NAHX acquired the leases for some of them, and they received banditized paint jobs! 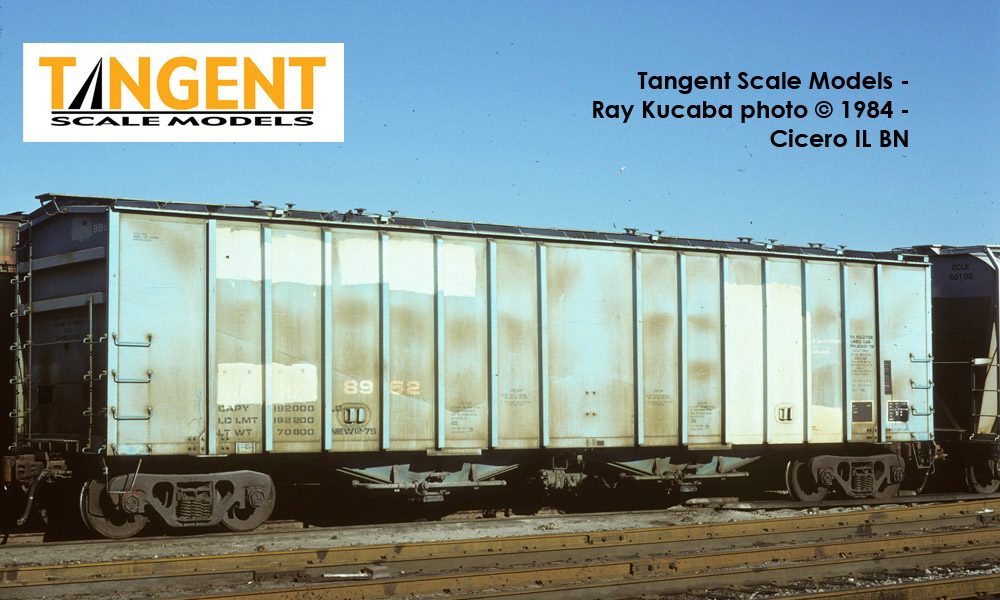 L&N had several orders of them too, with this series devoted to sugar service. 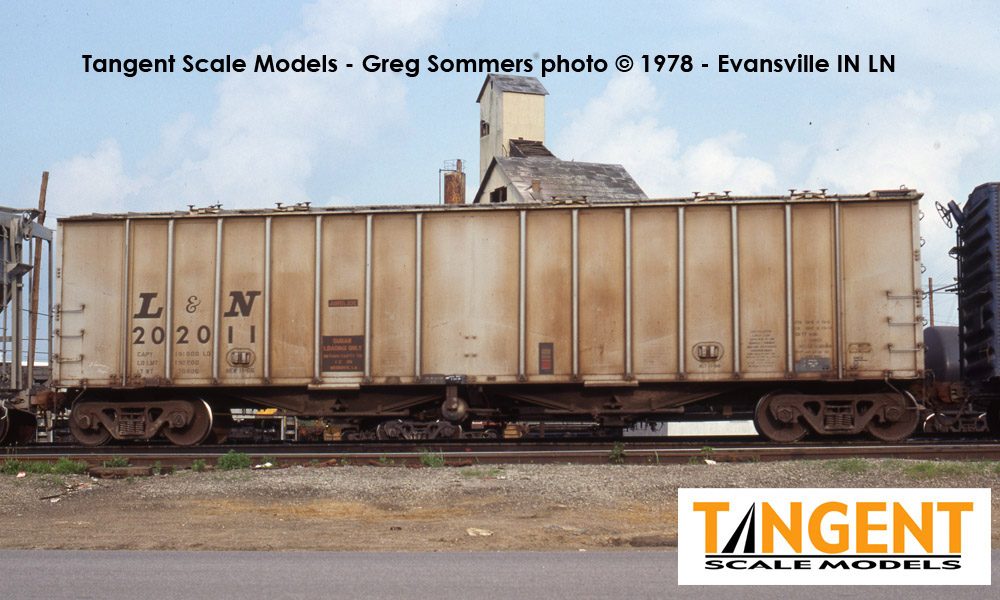 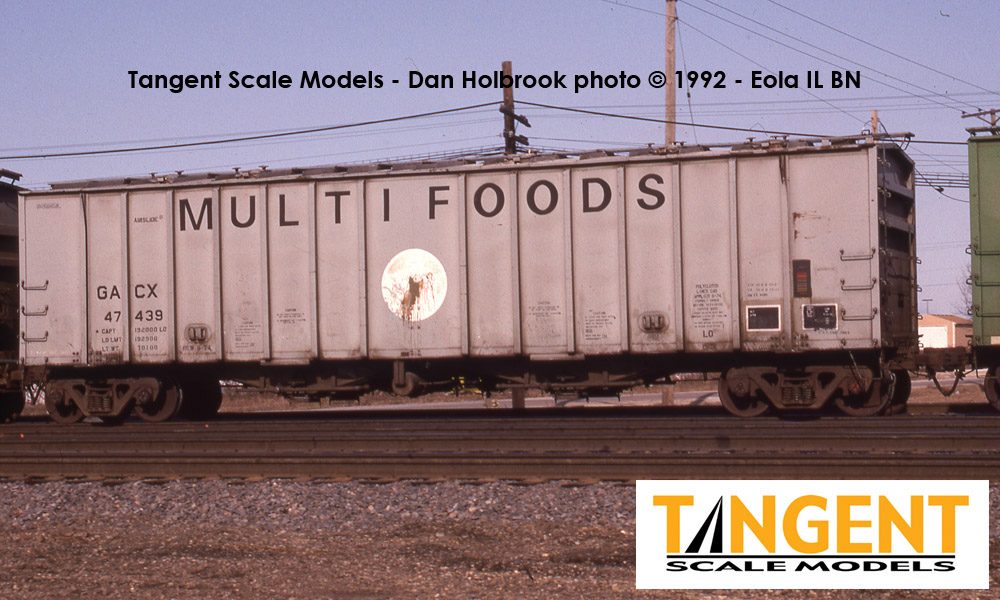 The Tangent Scale Models GA 4180 Airslide covered hopper is similar to previous Tangent releases with our consistent focus on phase variations that mirror prototype build changes over time. For this car, we have produced three very different variations of the carbody and associated details to replicate cars built between 1965 and 1980. While all 4180 airslides may look the same at first glance, they are not. 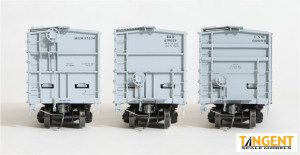 See the listing of phase details below for more information.

Finally, we have included the distinctive “see through” bolster arrangements above the trucks. Our 4180 Airslide hoppers include finely-detailed underframe pipe arrangements and are ready for any of the following services on your layout: flour, sugar, starch, fertilizer, feed, chemicals, plastics, carbon black, etc. Also, check out our correct “true-to-life” colors and “hyper-accurate” lettering including exact fonts and lettering placement. Our scale replicas operate as well as they look, equipped with free-rolling all-metal wheels and Kadee® scale couplers, meaning our models are truly ready to run, but look significantly better than train set alternatives.

These products are shipping now. Features for these replicas include:

– Multiple road numbers for each scheme

– 3 specific production variations that highlight production from 1965-1980, including different roofs, running boards (Apex or Morton), body side post (“rib”) profiles, high and low brake arrangements on the B end, different ladder and grab iron arrangements, with or without crossover platforms and handrails, etc. Sell off the toy trains – we do freight cars right.

Don’t miss out on the Tangent Scale Models General American 4180 Airslide covered hopper, one of the most sought-after freight cars from the turbulent 1960s period, done right with phase variations!