During the 1950s, General American Transportation Company (GATC) tank car production was in full swing utilizing the company’s varied “all-welded” tank car designs, produced at the company’s Sharon PA plant. From 1952 to 1957, GATC produced these general service, non-insulated, welded construction tank cars with safety platforms and handrails installed around the dome. The previous post-WWII GATC design of this car was similar, but with different poling pockets and without safety platforms and handrails surrounding the dome.

Most of these cars were painted in billboard schemes during this production era, reflecting lessees for various liquid materials shippers. These tank cars remained in service into the 1990s and during their service life were utilized for a variety of services including corn syrup, caustic soda (sodium hydroxide), fatty acid, molasses, sodium chlorate, vinegar, and fuel oil and other petroleum products, carbon disulfide, etc. The “smooth” appearance of these common tanks – due to welded construction – with the safety platform makes them look very “modern,” and their design is similar to tank cars produced today.

These cars truly were nationwide roamers, reflecting lessees for many liquid materials shippers. Here is the Diamond Alkali car, with a lessee bright white and black paint scheme with the classic Diamond Alkali Company graphics including the red diamond, and location lettering demonstrating the company’s Cleveland, Ohio roots. Check out this model’s stunning black ladders, walkway frame, and walkway handrails which contrast against the white carbody. This sharp car is available in 4 numbers. 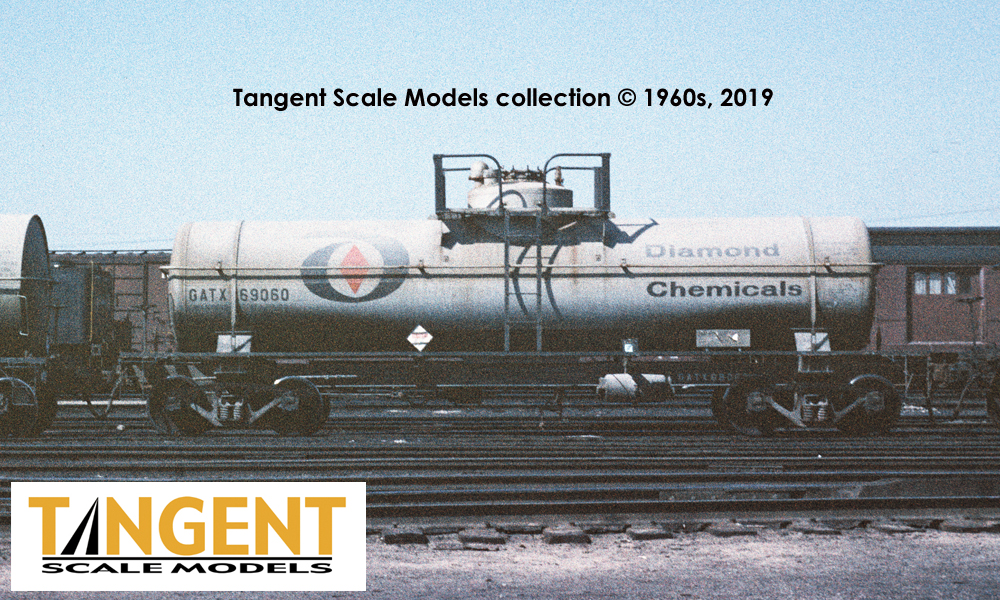 Here is a DOW car working in caustic soda service from the DOW plant in Pittsburg CA. The DOW plant was located on the Santa Fe, and reciprocal switch with Sacramento Northern. These cars went everywhere; this facility was one of two DOW plants that produced caustic soda for North America. Caustic soda, also known as sodium hydroxide, is a primary ingredient in the manufacture of many consumer products, including paper, textiles, soaps and detergents, bleach, petroleum products, and more. 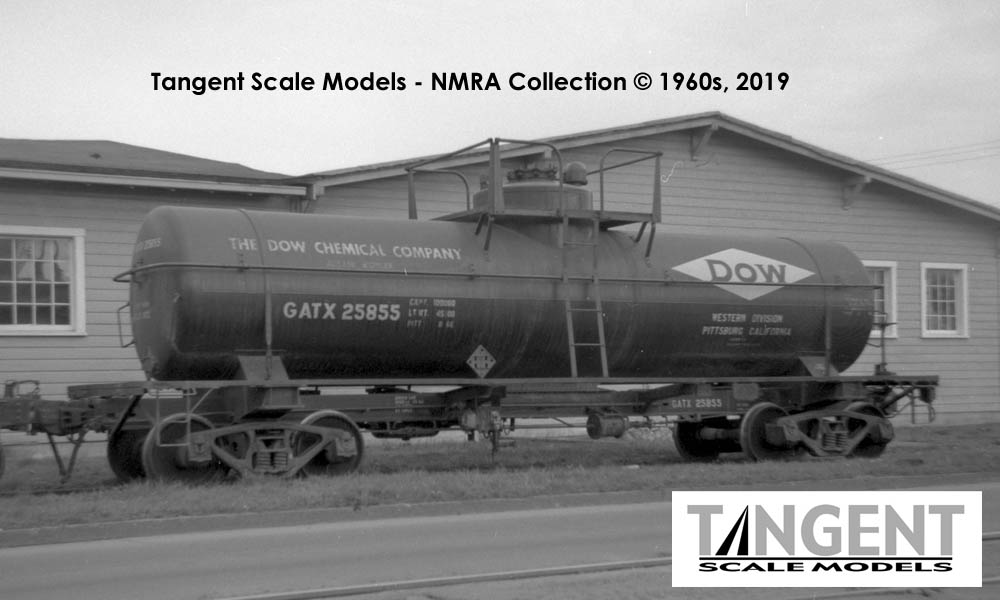 As time went on, these tank cars were repainted into more modern schemes serving their lessees – or reflecting new lessees. Additionally, consolidation of liquid shippers in the 1960s impacted some cars as well. Here is an example of that – a patched tank car scheme from 1966. This car was previously lettered for “Frontier Chemical” but that lettering has been patched over by the corporate parent, Union Chemicals (UCLX) with fresh black paint. 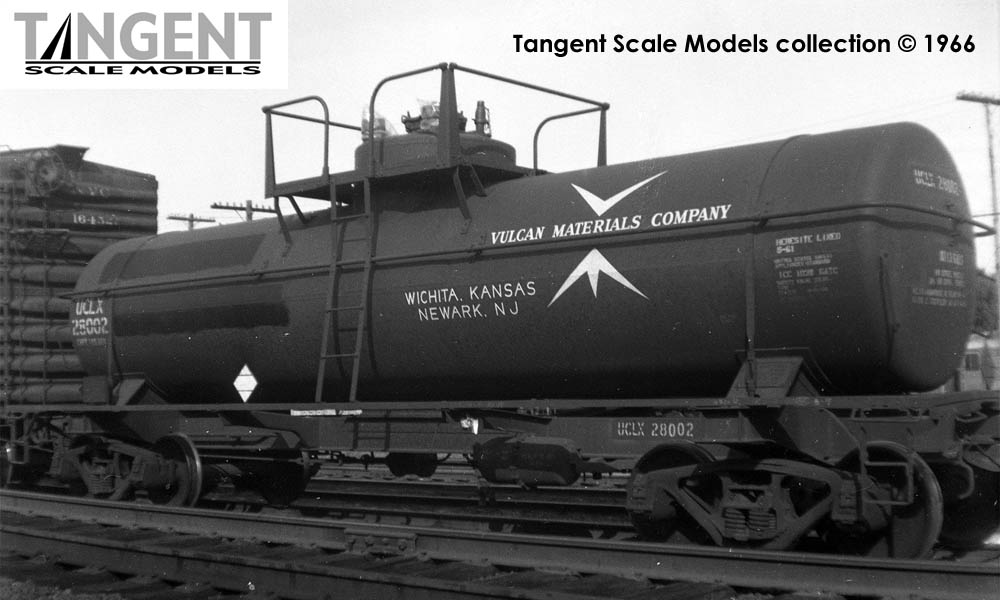 The Tangent Scale Models General American 1952-Design 8,000 Gallon Welded General Service Tank Car is a stunning model that looks like no other car available in HO scale today. Our replica includes a beautifully-rendered safety walkway and safety platform. Our models include distinctive details matched to each paint scheme, such as inlet and safety valve details on the tank dome, outlet pipes underneath the car, and heater pipe details. Also, note our correct “true-to-life” colors and “hyper-accurate” lettering including exact fonts and lettering placement. Finally, our scale replicas operate as well as they look, equipped with free-rolling all-metal wheels, NMRA-conforming weight, and Kadee® scale couplers, meaning our models are truly ready to run.

All of the above-pictured cars are available in model form.